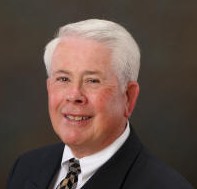 Estero Fire Rescue has appointed a new member to its Fire Commission Board.  District resident Sean James will take the seat vacated by Barbara Akins at the September 9, 2009 board meeting.  Commissioner Akins submitted her resignation after announcing that she and her husband would be moving to Texas to be closer to family.

Originally from Ireland, Commissioner James brings with him an extensive background in business and community service.  He was appointed by unanimous vote from Commissioners present Dick Schweers, Chairman, Gayle Sassano, Secretary and Frank Messana.  Commissioner James will begin his duties immediately after an orientation with the commissioners and staff of Estero Fire Rescue.