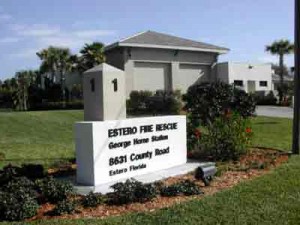 Station #41 is known as the George Horne Station, after Estero’s first Fire Chief. It became operational in August of 2002, and is located at the corner of US 41 and County Road, about ½ mile south of the original Estero Fire Station. Station #41 serves the northwest portion of the fire district, including the historic sections of Estero and the Koreshan State Historical Site. 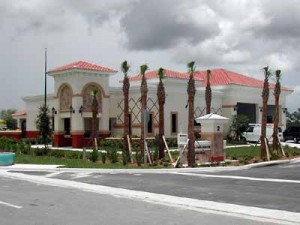 Station #42 is now open on Sweetwater Ranch Road, a new road that leads into the Rapallo Development and Coconut Point, directly across from the entrance to Fountain Lakes on US 41. This station serves the densely populated southwest portion of the District, including the Coconut Point Town Center. While identical to the other stations on the inside, it looks different on the outside, matching the architecture of the surrounding development. As with all the new fire stations, EFR worked closely with the Estero Design Review Committee to make sure the stations blended well with the surrounding communities. 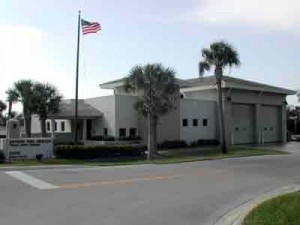 Known as the Three Oaks Station, Station #43 became operational in March of 2002. It is located at 21510 Three Oaks, about ¼ mile south of Corkscrew Road. Station #43 covers the Brooks, Estero High School and much of the area near and just west of I-75. At the present time, Station #43 is also host to a Lee County Ambulance. 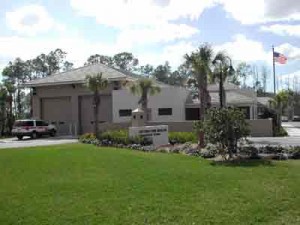 Known as the Stoneybrook Station, Station #44 was completed in March of 2003. It is located at 21300 Firehouse Lane , immediately north of Pinewoods Elementary School . Its close proximity to the school means Station #44 is very active with children’s fire and safety education. Station #44 serves the district west of I-75.