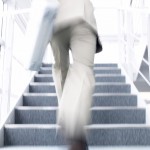 Human behavior has been recognized as a factor in the loss of life in fires for many years. Studies of human behavior during emergencies have assisted code developers and public educators to identify factors that affect occupant survival during a fire emergency.

Human behavior studies indicate that the reaction of people to an emergency condition is related to a number of factors, including a person’s assumed role, experience, education and personality, as well as the emergency’s perceived threat and the actions of others sharing the experience.

Visitors in a facility will typically be more passive and look for guidance from occupants.

Individuals who have participated in drills and received training in emergency response react faster and with better decision making than those without training.

The personality of an individual has an impact on how he or she will react in an emergency. Some individuals may attempt to fight the fire; others will attempt to escape immediately.

This is why developing and practicing escape plans is so important for your survival.