The future of Estero Fire Rescue, like the future of the Estero Community itself, is a bright one, but there are some difficult challenges ahead. It was only a dozen or more years ago that Estero was a semi-rural community with one fire station covering the entire district. As of 2007 Estero boasted a year round population of over 42,000 and a winter population that exceeds 60,000. 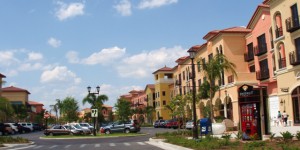 It is the role of Estero Fire Rescue to protect this amazing commercial and residential growth and provide emergency services for the expanding population. While the growth eventually leads to increased revenue for the fire district, there is a delay in receiving those revenues due to the tax structure. For example, a developer purchases land and begins building an upscale residential community in January. By the fall, there are roads and buildings that are almost complete, but no new residents. The builder will pay property tax as if it was still largely a field, because that is what it was when it was last appraised. In the meantime, Estero Fire Rescue is charged with protecting those structures and answering any emergency calls that come from the construction site.

At the end of the year, the property is appraised again, but still not valued as an upscale residential community, because no one lives their. Over the course of the next year, people begin to move in. At the end of ?he year, these residents will pay property tax that will still be low, based on the last appraisal. They may live at the location for almost two years before they pay the full amount of property tax for the value of their home. From the moment they move in, however, Estero Fire Rescue is charged with protecting their property and providing them with emergency services.