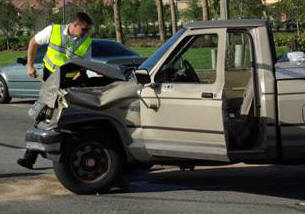 A mid-morning crash on US 41 blocked two lanes of traffic and tied up commuters in Estero. The two car crash occurred at approximately 9:15 am on southbound US 41 at the entrance to Pelican Sound, involving a small Ford pick up truck and a Lexus.

Three people were involved in the crash and one patient, the driver of the Lexus, had to be extricated from the vehicle by removal of the driver door.  All three were transported to local hospitals in good condition. 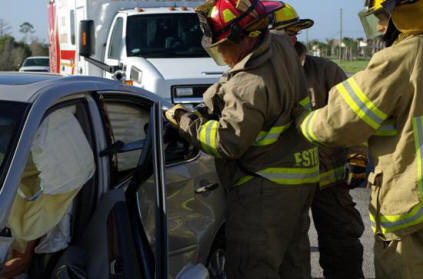