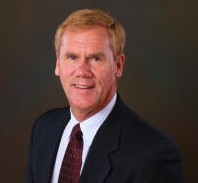 Estero Fire Rescue has appointed a new member to its Fire Commission Board.  District resident Bruce Philp was appointed by the Board at their monthly meeting on Tuesday, November 10, 2009.  He will fill the seat left vacant by the death of Commissioner Sam Levy in October.

Originally from Ohio, Commissioner Philp brings with him several years of business and management experience.  He holds a Master’s in Business Administration from Colorado State University and has served with many community groups including the Brooks Council of Presidents and the Shadow Wood Community Association.\